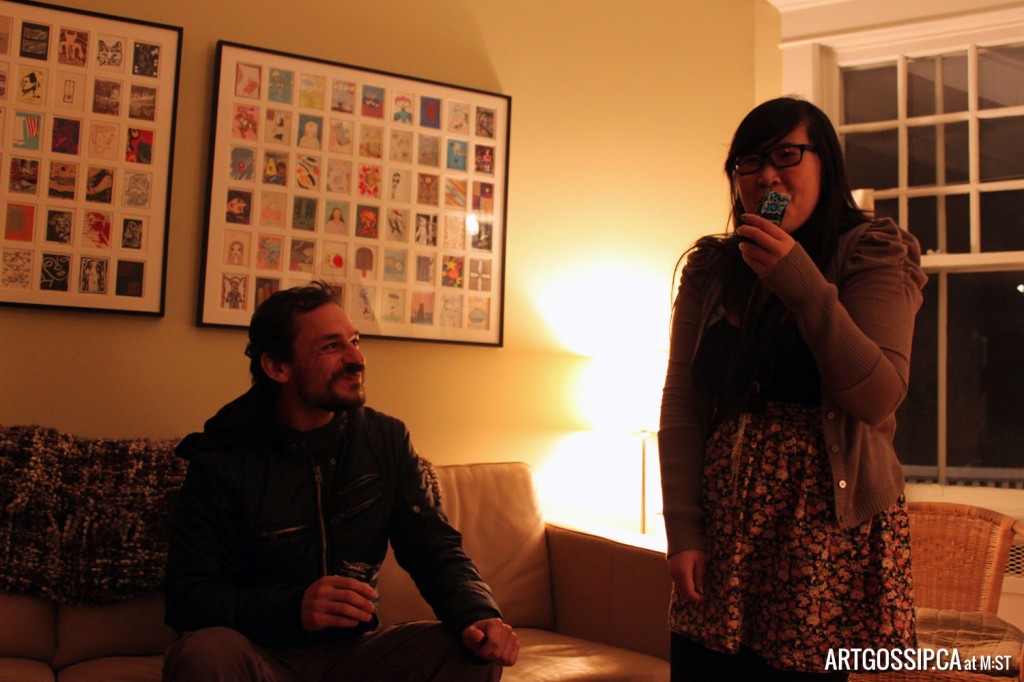 On Wednesday evening at John Snow House, Andy Paterson gave a performative lecture on the history and archives of The New Gallery. It was well-attended by both artists and fans of local history, including ACAD instructor Shelley Ouellet and newly-arrived festival artists Nahed Mansour and Bojana Videkanic.

After holding forth about the work of John Greyson and his fascination with squirrels, Andy listed a few of the videos his white lab coat had been featured in, including works by Greyson, Keith Cole, and a protest by AIDS Action Now. 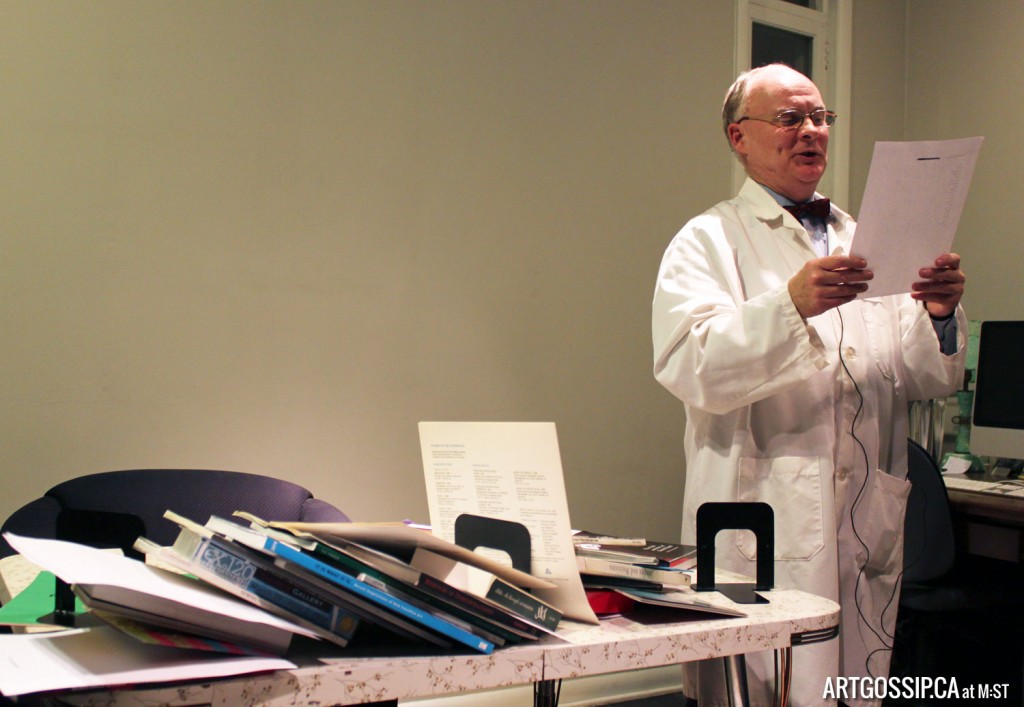 Andy Paterson reading a poem, signed by one “K. Burns”, that he found in the New Gallery’s archives at John Snow House. 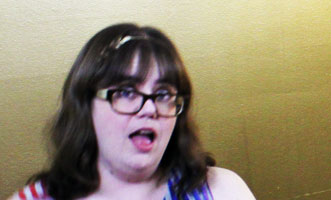